Holy Trinity CE Primary School has an interesting history. While the name of the school has changed many times, the committment to the school foundation, to serve the local children, has not changed. 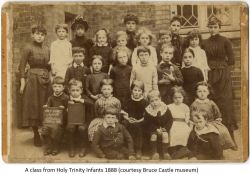 1848 - Holy Trinity Sunday and Infants School founded next to the church.

1862 - School moved to new site behind the Grammar School in Somerset Road. There were 72 pupils. 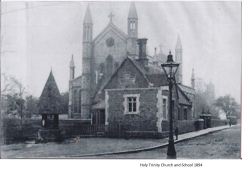 1932 - Holy Trinity Infants moved to new building behind the church.

1955 - By now the two schools had amalgamated and it was mixed girls and boys throughout with a new uniform and logo.

1984 - The Infants Schools was transferred to the council and new land given behind the Green School to allow the whole school to be on one site - main corridor, hall and nursery built.